iSchool
Συζητήσεις, διαξιφισμοί και κυρίως...fresh ideas!
You are using an out of date browser. It may not display this or other websites correctly.
You should upgrade or use an alternative browser.

Bringing Germany's Mosques Out in the Open


A typically nondescript mosque in Germany. 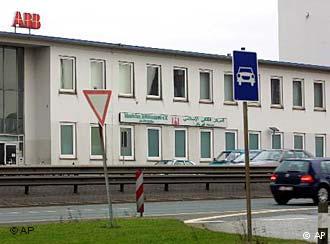 Most Muslims in Germany pray in mosques that are hidden from view in old factory buildings and basements. The Muslim community would like that to change, but projects to build traditional mosques are often controversial.

The Muradiye mosque in the Berlin neighborhood of Neukölln isn't visible from the street. Visitors first need to find an alleyway sandwiched between a Turkish grocery store and a café, then a small sign pointing to the second courtyard in an industrial complex.

The mosque itself consists of two floors in a former warehouse. The ground floor is a community center, where mainly older Turkish men come to play billiards, watch sports, or even get a haircut at the tiny barber's shop wedged into one corner. The fourth floor has two carpeted rooms for prayer -- one for women, and one for men. The head of the Muradiye mosque's committee, Erdal Ayvaz, says only few of the Germans living in multi-ethnic Neukölln even know the mosque is there.

"Every now and then, someone sees the sign out there, and they come along because they're curious and want to see it," Ayvaz told Deutsche Welle. "They're very respectful, but also fearful, they seem afraid that something could happen to them here, because it's all strange to them. But we welcome anyone who's interested, they can come, talk to us, ask us questions, we'll show them our mosque, it's no problem."

The Muradiye mosque is fairly typical of the 70 mosques in Berlin that serve the capital's 200,000-strong Muslim community. With few exceptions, they're hidden from view in converted offices, basements, and garages. For Ayvaz, it's a frustrating reality. But he says most Germans wouldn't accept a more traditional looking mosque in their midst.


"We know that we live in a Christian country, and we respect that," Ayvaz said. "But churches also have a certain style, things that identify the buildings as a church. It's the same with mosques.
A church should look like a church, and a mosque should look like a mosque. And in Germany, they talk about multi-culturalism, but they don't really accept it. As long as this acceptance is missing, maybe a few traditional mosques will be built, but there'll always be a huge fuss and protest about it."


Riem Spielhaus, an expert on Islam at Berlin's Humboldt University, recently took part in a research project that involved visiting all of Berlin's mosques and speaking with their representatives. She says the main concern of most practicing Muslims in Germany is that they have a place to pray, no matter what it looks like.


"The first priority is the ability to practice their faith," Spielhaus said. "That the place where they do this is recognizable as such is not essential to them. But, for their identity, for their sense of self-esteem, and for the acceptance of Islam in Germany, I think it's important both for Muslims and for Germans that there are representative mosques here that are recognizable as such, to show that Islam does live here through the Muslims that live here and practice it."


There is a representative mosque in Berlin, located just a few minutes drive from the Muradiye mosque, in an open area bordering one of Berlin's airports.
The Sehitlik mosque is a stunning example of Islamic architecture, complete with marble façade, dome, and twin minarets. No one can claim that it disturbs the cityscape, as it's far enough removed from built-up areas, on land that has been linked to Turkey for 140 years, since the Ottomans were present in Prussia.


Yet the mosque caused an outcry when it was built. The dome was four meters (13 feet) higher, and the minarets were 8.5 meters higher than the building plans allowed. There was talk of tearing the mosque down. Instead, the builders have to pay a fine of ?80,000 ($97,500) for the infractions.


According to Günther Piening, the integration officer of the Berlin senate, such tensions inevitably arise when mosques are built on German soil. "There are various objections, some of which are justified," Piening said. "For example, on Fridays, a large mosque can easily have a thousand cars parked around it. I notice that whenever there's a big event on at a mosque, there's a real sense of discomfort among the German neighbors. When mosques are in back courtyards, they don't disturb anyone. But when they're visible, then they're a disturbance."


Piening says Germans are only just beginning to realize that many of the Muslims who came here as "temporary" guest workers in the 1960's have put down roots and here to stay. The German government, he said, is partly to blame. For too long, Germany denied that it was an immigration country, and had no proper integration programs in place.

That's starting to change, especially as Germany works out the details of its new law to regulate immigration and integration.

Still, experts agree that work is needed on both sides if Muslims are to get permission to build traditional style mosques and practice their faith more openly in Germany.


"Muslims need representatives who are well integrated and speak good German to liaise with German officials," Spielhaus said. "Both Muslims and Germans need to see beyond the stereotypes they have of each other."

Διαβάστε το σχόλιο μιας κυρίας από τον Guardian, σε σχετική συζήτηση.
This post will probably upset a number of people, who will accuse me of racism, because they do not experience what I will describe below – either these said people are men, or they are women who really do not notice what is going on around them. I also feel that it is an important point to make, as it is regularly ignored by the usual suspects out of fear of being ʽun-pcʼ. Sorry, but womenʼs freedoms and equality are more important to me than the fear of upsetting someone with a backwards view on women and their place in society.
Iʼve travelled to many developing countries, and spent extensive periods of time in the Middle East, and the way I am treated as a white woman in many countries is absolutely disgusting – in many cultures, women are perceived as being lesser than men, and gender equality is but a dream for many women in many countries – as attested to by the UN, with itʼs campaigns of ending violence against women, stopping rape as a weapon of war etc.
In my experience, white women are simultaneously despised and fetishized as being ʽrich and looseʼ and therefore immoral, and sexually attractive due to perceived availability. This is particularly true in the conservative societies in the Middle East in which I lived (and these were in the ʽliberalʼ, ʽsecularʼ countries!) The constant sexual harassment from 95-98% of males aged between 13-65, ranging from stares to inappropriate comments to full-on groping… all the time, in crowded streets, just because of the colour of my skin and the fact that I dare walk outside without a male companion – in a capital city full of other Western tourists, and wearing culturally appropriate clothing.
As Iʼve said before, I can cope with this in their countries – but Iʼve noticed in the past 5 years of so how much more abuse I get in Britain from men from Middle Eastern and other developing countries (no, not just Muslims, before anyone starts jumping to conclusions – I specify Middle Eastern because I live in the ʽMuslimʼ part of the city). I could understand this if I was walking around in a mini-skirt and stiletto heels, but Iʼm talking normal everyday workwear (ie, not ʽsluttyʼ), with no flesh on display. This is not just directed at me (Iʼm not some kind of stunning goddess) but I see it directed towards many other normal women, and it makes me so angry. I also speak Arabic, so I know exactly what the Arabic-speakers are saying, and how degrading their language towards these women is.
In order to get cheap labour, the government imported hundreds of thousands of people from places which, letʼs face it, are not bastions of championing equality and womenʼs rights, and who tend to look down on people who do not adhere to their moral codes regarding womenʼs sexuality. Their views are not going to change, especially when there is no impetus from official sources for them to integrate, and their daughters will grow up being subjugated, as they would in their parentʼs native countries. How does this help women and the fight for female equality?
I think that it will only get worse as time progresses, and womenʼs rights will start receding further and further.