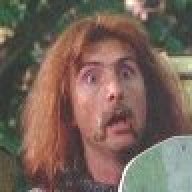 I'd apply it to sandwiches. Imagine if every sandwich shop had to pay the Earl of Sandwich $1 for every sandwich they sold (and then had to pass that cost on to the consumer in the form of higher prices). Then EoS sues McDonalds, as a hamburger is actually a hamburger sandwich, and since he's getting $1 a sandwich from Akbar's Gas n' Munch on 135th Street, he's suing McDonalds for $100 billion.

Don't think the government is going to put the money in place to keep some overworked, underpaid patent examiner from approving a patent on cheeseburgers! And once the patent is granted, getting it revoked or dismissed is so expensive that every little burger stand will pay the guy who got the cheeseburger patent $10,000 a year because they don't have the $10,000,000 to fund the challenge.
Click για ανάπτυξη...