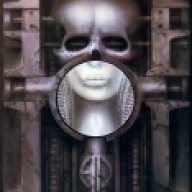 Michele Bianchi (July 22, 1883—February 3, 1930) was an eminent Italian revolutionary syndicalist leader. He was among the founding members of the Fascist movement.

Mario Carli (December 30, 1888 — September 9, 1935) was an Italian poet, novelist, essayist, diplomat, and journalist.
After fighting in World War I, he engaged in favor of the Arditi, and reached Gabriele D'Annunzio during the latter's political experiment in occupied Fiume in 1919. Carli then supported the militant anti-fascist Arditi del Popolo, created in 1920.
A successful journalist, Carli adhered to Benito Mussolini's Fascist movement the moment it started; he and his friend Emilio Settimelli published the intimidating newspaper LʼImpero. Nonetheless, he proved to be disobedient, and joined the field of those considered "left-wing fascists". In the 1930s, Carli was Italy's consul general in Porto Alegre, Brazil.

Carlo Carra (February 11, 1881—April 13, 1966) was an Italian painter, a leading figure of the Futurist movement that flourished in Italy during the beginning of the 20th century...He is best known for his 1911 futurist work, The Funeral of the Anarchist Galli. Carrà was indeed an anarchist as a young man but, along with many other Futurists, later held more reactionary political views, becoming ultra-nationalist and irredentist before and during the war, as well as by Fascism after 1918 (in the 1930s, Carrà signed a manifesto in which called for support of the state ideology through art). The Strapaese group he joined, founded by Giorgio Morandi, was strongly influenced by fascism and responded to the neo-classical guidelines which had been set by the regime after 1937 (but was opposed to the ideological drive towards strong centralism).

Sergio Panunzio (July 20, 1886-October 8, 1944) was an Italian theoretician of revolutionary syndicalism. In the 1920s, he became a major theoretician of Fascism. Panunzio said that syndicalism is the historical development of Marxism. He pointed to George Sorel and Francesco Severio Merlino as revising Marx to fit the times and emboldening it. He is said to have spearheaded the revisionism that led many syndicalists through interventionism to corporativism and he ostensibly "gave Mussoliniʼs dictatorship a veneer of revolutionary legitimacy

Edmondo Rossoni (1884 – June 8, 1965) was an Italian Fascist politician. Born to a working class family in Tresigallo, a small town in the Province of Ferrara, Rossoni was imprisoned in 1908 for his revolutionary activities as a syndicalist. Leaving Italy for the United States, he worked in Socialist organizations there, before editing the nationalist newspaper La Tribuna - renamed L'Italia Nostra.
A renegade of Socialism, Rossoni joined Benito Mussolini's Fascist movement in 1921. After the March on Rome, he continued his political activities before becoming undersecretary to the President of the Grand Fascist Council from 1932 to 1935.

Georges Valois (real name Alfred-Georges Gressent; 1878–1945) was a French journalist and politician. Born in a working-class and peasant family, Georges Valois went to Singapore at the age of 17, returning to Paris in 1898 . In his early years he was an Anarcho-syndicalist. He found work as a secretary at L'Humanité Nouvelle where he met Georges Sorel . Later, after a stay in Imperial Russia (1903), Gressent worked as a secretary at Armand Colin publishing house.
After having written his first book, L'Homme qui vient, he met the nationalist and monarchist writer Charles Maurras and became a member of his Action Française (AF) league, where he continued to follow the workers' movement. As his employment would have been compromised by an involvement in the far-right monarchist league, he took the pseudonym of Georges Valois .
In 1911, he created the Cercle Proudhon, a syndicalist group, and took direction of the AF's publishing house, the Nouvelle librairie nationale, in 1912 . The Cercle mixed Sorel's influence with the Integralism favored by Charles Maurras, and was overtly Antisemitical. According to historian Zeev Sternhell, this ideology was the prefiguration of Italian fascism.In 1925 he founded the weekly Le Nouveau Siècle (The New Century), seen as Maurras as a potential rival . Henceforth, he lost his job at the AF's publishing house, La Nouvelle librairie nationale. The rupture with Maurras became even more serious after his creation, the same year, of the Faisceau league

Robert Michels (9 January 1876, Cologne, Germany — 3 May 1936, Rome, Italy) was a German sociologist who wrote on the political behavior of intellectual elites and contributed to elite theory. He is best known for his book Political Parties, which contains a description of the "iron law of oligarchy." He was a student of Max Weber. Politically, he moved from the Social Democrats to revolutionary syndicalism and later to Italian Fascism

Hubert Lagardelle (1874–1958) was a French syndicalist thinker, influenced by Proudhon. He gradually moved to the right and served as Minister of Labour in the Vichy regime under Pierre Laval from 1942 to 1943.


Fascio (plural: fasci) is an Italian word that was used in the late 19th century to refer to extremist political groups of many different (and sometimes opposing) orientations. A number of nationalist fasci later evolved into the 20th century movement known as fascism.

During the 19th century, the bundle of rods, in Latin called fasces and in Italian fascio, came to symbolize strength through unity, the point being that whilst each independent rod was fragile, as a bundle they were strong. By extension, the word fascio came in modern Italian political usage to mean group, union, band or league. It was first used in this sense in the 1870s by groups of revolutionary democrats and socialists in Sicily, to describe themselves. The most famous of these groups was the Fasci Siciliani during 1895–96.[1] Thereafter, the word retained revolutionary connotations. It was these connotations which made it attractive, for example, to young nationalists of leftist background who demanded Italian intervention in World War I. The fasci they formed were scattered over Italy, and it was to one of these spontaneously created groups, devoid of party affiliations, that Benito Mussolini belonged. [2] On August 18, 1914, Alceste de Ambris speaking from the rostrum of the Milanese Syndical Union (USM) began a ferocious attack against neutrality and urged intervention against German reaction and the necessity of aiding France and the United Kingdom in WWI. He equated the war with the French Revolution.

This caused a deep split within the Unione Sindacale Italiana (USI). The majority opted for neutrality. The Parma Labor Chamber, the USM, and other radical syndicalists left the USI and on October 1, 1914, founded the Fasci d'Azione rivoluzionaria internazionalista. On October 5, Angelo Oliviero Olivetti published their manifesto in the first issue of a new series of Pagine libere. Mussolini shortly thereafter joined this group and took leadership.[3]

This new group was also referred to as the Milan fascio, of which Mussolini was the leader. January 24, 1915 was the turning point in the history of the fasci as their leaders met in Milan and formed a national organization.[5]

In 1919, after the war had ended, Mussolini reconstituted the Milan fascio, using the new name Fasci italiani di combattimento ("League of Combat"). Other fasci of the same name were created, with the common goal of opposing all those — including the king and state — whose pacific leanings were deemed to be depriving Italy of the fruits of victory in the war. According to H. W. Schneider, the new Milan fascio was formed of roughly the same people who had been members of the older fascio in 1915, but with a new name and a new objective.6] 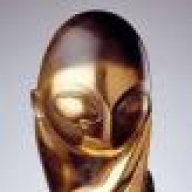 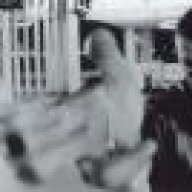 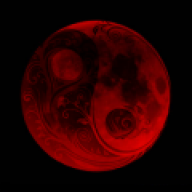 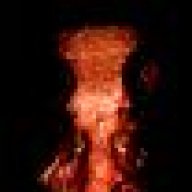 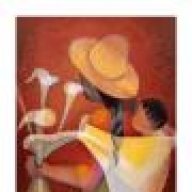 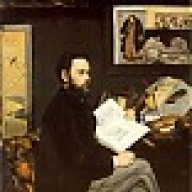